The Importance of Addressing Currency Risk in an International Portfolio

In global investment portfolios throughout the world today, the proportion of investments denominated in currencies outside the base currency of the portfolio is currently at an all time high.  As such, the exposure to foreign currency risk in global portfolios is greater than at any time in the history of investing.

This large exposure to currencies not only adds risk to investor’s portfolios but will also provide an element of return, positive or negative, depending upon the movement in the foreign currencies relative to the base currency of the investor.

When making investments in overseas markets the risk and return of the investment will be determined by:

It is important to analyse 1) and 2) separately rather than assume that they are subject to the same factors in coming to your investment decision on whether and how to invest in a particular overseas market.  It is advisable to treat the currency exposure as a separate source of risk and return when managing its impact on the overall portfolio.

It is also important to understand the magnitude of the potential impact of this additional source of risk and return in order to make an informed decision on what to do about it and how to manage it.

This is best illustrated through the use of a real life example.

Let us take the case of a US based investor owning a global portfolio that is denominated in the US dollar.  Further, let us assume that the decision was made to invest in the Japanese equity market on October 1st 2012 and that this earned a return exactly in line with the Japanese Nikkei 225 index.

If this investment was held for 5 quarters (i.e. 15 months) until December 31 2013, the investor would have made a return of 83.7% in local currency (Japanese Yen) terms.

However, the return earned in USD terms would have been only 37.6% due to the fact that over the same period the Japanese Yen fell significantly against the US dollar. 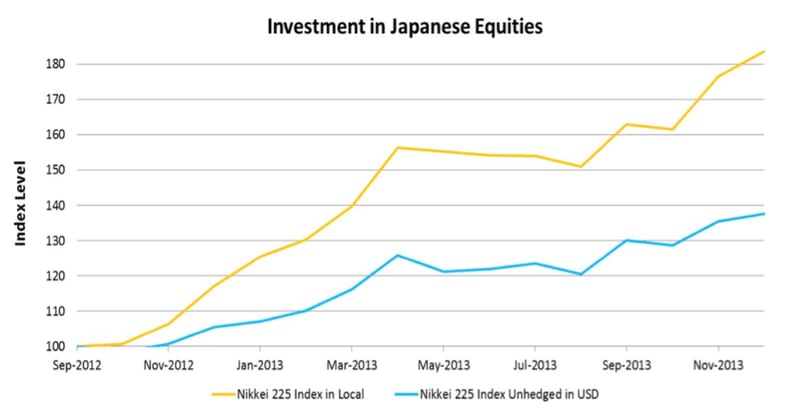 However, while hedging the Japanese Yen exposure would have been appropriate in this case, it does not infer that it is always advisable to hedge currency exposure.  Another example over the same period will illustrate this point.

Let us take the case of the same US based investor who also made the decision to invest in the German equity market on October 1 2012 and earned a return in exactly in line with the German Dax index.  Furthermore, assume that the investment was held for exactly the same period (15 months to December 31 2013) as the Japanese equity investment.

In this investment, the return was 32.4% in local currency (Euro) terms.

However, the return earned in US dollar terms was 41.0% which was 8.6% higher than the return in Euro terms due to the Euro’s appreciation against the US dollar over the same period.  Leaving the Euro exposure unhedged led to an additional positive return. 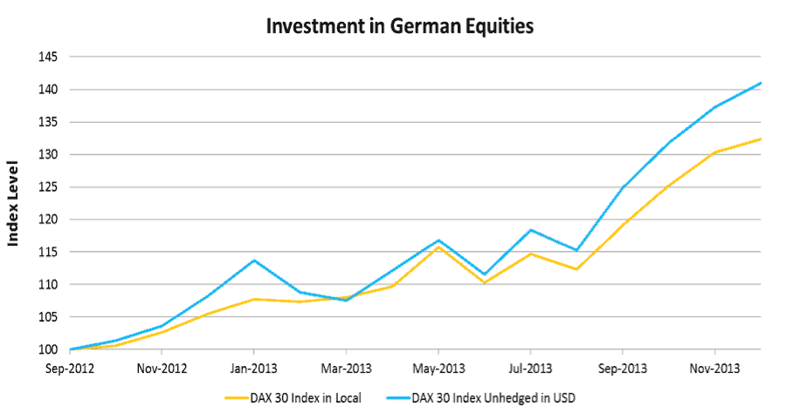 In this example then, it was advisable to leave the Euro currency exposure unhedged – the exact opposite of the optimum strategy in the Japanese example.

Hence, there is no unique answer to the question of whether to hedge or not to hedge currency risk as it depends on the particular circumstances and outlook for each currency.

There are several conclusions to draw from this real life example:

Employing an active currency overlay strategy enables an investor to change the mix of currencies independently of the currency denomination of the underlying investments by using forward currency and option contracts to hedge and/or take exposure to currencies as required.  In this example, if a US based investor had invested in both the Japanese and German equity markets during the period illustrated, reducing the exposure to the Japanese Yen and increasing the exposure to the Euro would have provided the investor with a better currency mix than leaving the underlying currency exposure unmanaged and unchanged.

Managing Currency Exposures: The Danger of Doing Nothing 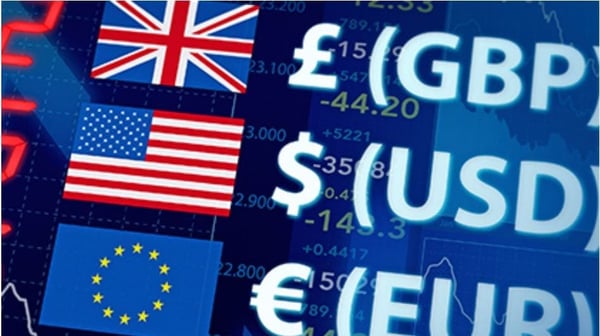 Managing Currency Risk in a Portfolio of Illiquid Assets 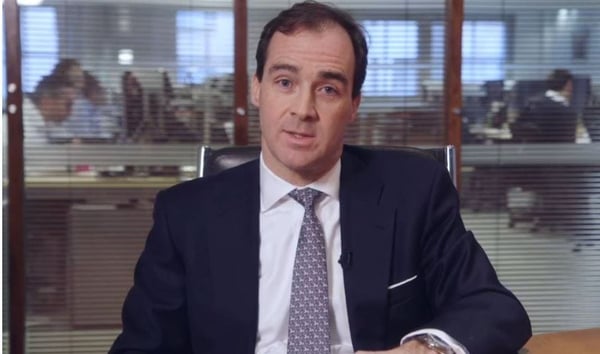