Japanese authorities have reportedly spent more than 50 billion dollars defending the Japanese yen in the last few weeks. For currency investors, it feels like it was only a matter of time before the Ministry of Finance in Japan would intervene in the foreign exchange market. Over the last twelve months, the Japanese yen has weakened by almost 24% versus the dollar, 10% versus the euro and 13% versus the Chinese Renminbi. Moreover, throughout the year, Japanese authorities have verbally warned against “excessive volatility” and “one-sided weakness” in the currency.

The aim of the latest currency interventions is to slow yen depreciation and make currency moves more two sided. In this context, the intervention has proved unsuccessful so far. Firstly, the yen is roughly 4% weaker versus the dollar since the initial intervention. Secondly, investor positioning is broadly still short, and (though temporarily) became even more short following Japanese intervention.

Our valuation is now flashing red: the yen is 50% undervalued on a Purchasing Power Parity basis. This is not surprising and can easily be explained using macroeconomic fundamentals. The yen has weakened driven by a divergence between US and Japanese interest rates. More specifically, the expected peak in the Fed Funds hiking cycle has been continually reassessed higher throughout the year, while the Bank of Japan keeps monetary policy unchanged.

In the US, accelerating service inflation along with a strong labour market broadly leaves risks to the US terminal rate still to the upside. However, our view is there is likely little “juice” left in the interest rate divergence story. We point to two things. Firstly, simple economic models suggest we are nearly there: a simple Taylor rule using the Fed’s assumption of a nominal neutral interest rate of 2.5% points to a Fed Funds at 5.25% - only 25bps higher than now priced in bond markets. Secondly, despite inflation being stronger than expected, the latest communication from the Federal Reserve has shifted somewhat. The committee seem comfortable with the latest projections for interest rates and are now emphasising keeping rates modestly high for longer, rather than seeking to raise rates further. While this may well be reassessed in the face of further inflation surprises, this is an important shift.

On the Japanese side of the equation, service inflation at 0.2% year-on year is too low to justify a normalisation of interest rates in Japan and from a timing perspective, it would seem hasty to declare that a “virtuous cycle” of wages and prices is taking place, given the Bank of Japan’s attempt at achieving this outcome has lasted for decades. This means that in the very short run, we can broadly rule out a convergence in interest rates, which would be the catalyst for a stronger yen.

However, developments are moving in the “right” direction. Core inflation in Japan now stands at 3% and the latest Bank of Japan surveys show both corporate and household inflation expectations are rising. Wage growth has stayed relatively high (by Japanese standards) despite the recent slowing in export growth. In the latest meeting, the Bank of Japan’s Summary of Opinions showed that one policy member spoke about the prospect of communicating an exit strategy to financial markets. While the context was surrounding financial stability, this suggestion would be unheard of only a few years ago. From this perspective, the current guidance that interest rates could only be held constant or lower from here looks outdated, especially given it was introduced in March 2020 – peak panic from policy makers in the Covid crisis. While this is unlikely to signal an immediate exit from monetary policy, investors could easily extrapolate this as it follows other central banks exiting negative interest rates this year.

Stepping back, from a pure “carry” perspective, the level of interest rates is clearly supportive of the US dollar relative to the yen. However, we suspect there is less interest rate divergence to come. This may mean that the yen is likely no longer a one-way bet from here, but the Ministry of Finance should not claim the credit.

This communication is a thought piece and has been prepared for discussion and information purposes only. The content of this note, does not necessarily reflect the views of Millennium Global's Portfolio Management or Research Professionals. 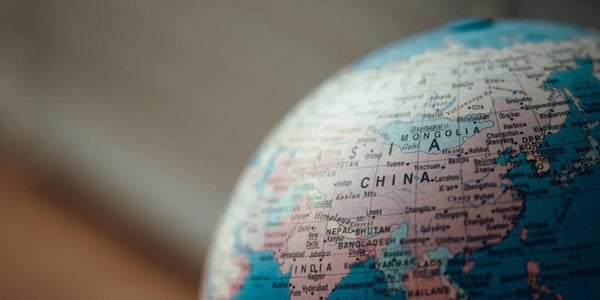 Is FX Carry back from the dead? 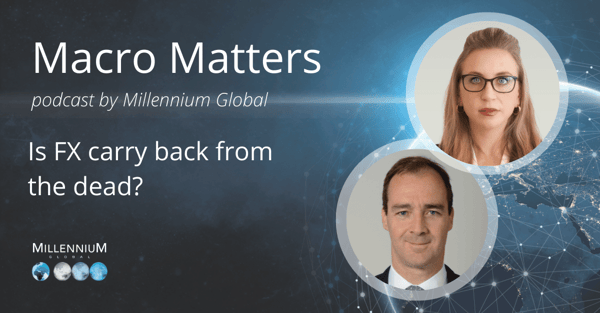